The 12th Investiture Ceremony of the student council of Manchester International School was conducted most solemnly on 29 September 2022. As such the atmosphere carried an air of formality and high decorum; added to it was the presence of the Chief Guest, Thiru Saravana Babu, R honourable judge, Chief Judicial Magistrate Court Coimbatore. 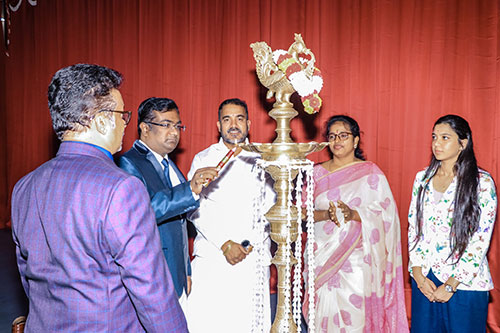 The function started officially with the slow March, most impeccably and inimitably done by the former President of the Council Mstr. Arjun Rajan. 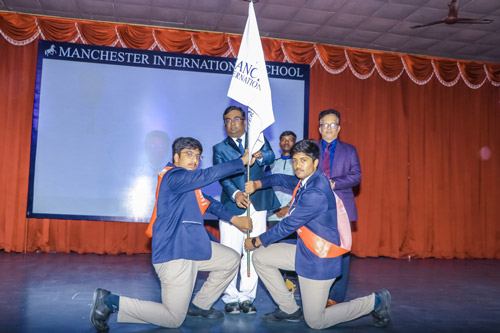 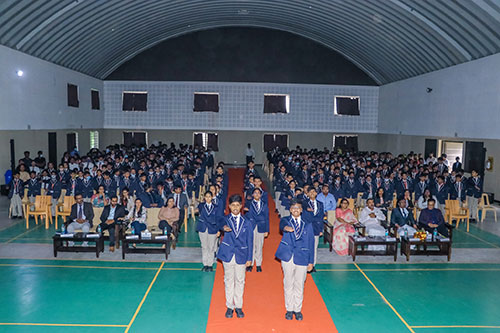 Dr P S Moorthi, the Chairman of the School, Mrs. Priya Moorthi, the Correspondent, Mr. Rajesh Vasudevan , the Head of School and Ms. Aishwariya Kavi Moorthi, the Director installed the rest of the members to the council by pinning the badges, and presenting them certificates of appointment. 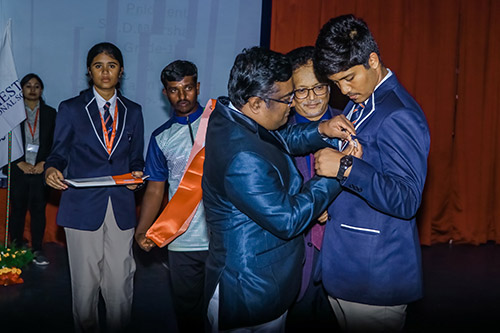 In his address to the council and to the whole school Thiru Saravana Babu R, reiterated the relevance of staying grounded to achieve the highest positions. Quoting examples from different scenarios Thiru Saravana Babu , very eloquently. spoke about the attributes of certain leaders that sets them apart from other leaders. 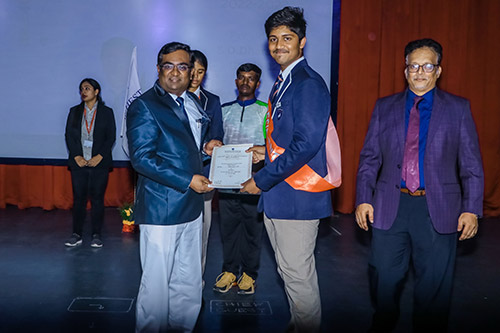 It was indeed a great afternoon for the students of Manchester to understand how power and position do not corrupt absolute people with absolute integrity.