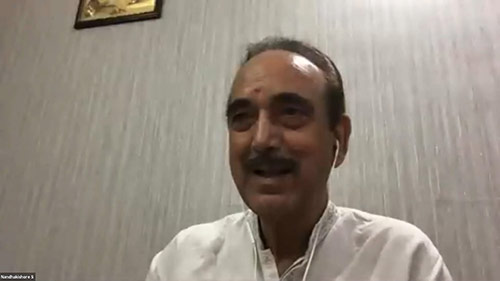 With the central theme – ‘Peace- A Universal Signature’ the Conclave aimed at familiarizing the young participants from across the country of the relevance of Peace as translated and understood by them. 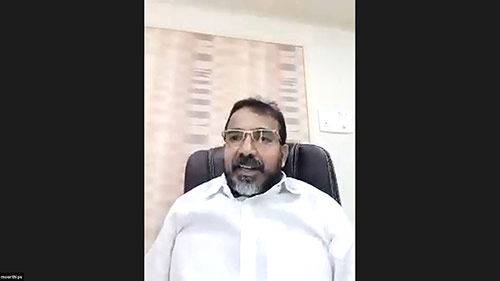 The Key note address was delivered by former Chief Minister of Jammu Kashmir & former Cabinet Minister Jenab Gulam Nabi Azad ji. Speaking on Peace- A Universal Signature Jenab Gulam Nabi Azad ji, the National President of the Gandhi Global family Jenab Gulam Nabi Azad ji highlighted the significance of Mahatma Gandhi’s ideology and philosophy that embraced Peace, Justice and Non-Violence and how the young citizens of a country have to be the portents of this ideology for a nation to remain secular. These objectives must be entrenched in cultural values of peace and solidarity, and reflect in everyone, irrespective of their caste, religion and beliefs. He concluded by remarking that India’s aspirations rest on contributing to the betterment of the global community through consistent cooperation and peaceful path to prosperity. He also added his connections and relationship maintained with people of tamilnadu and Mahatma Gandhis several visits to all over the tamilnadu in his life. 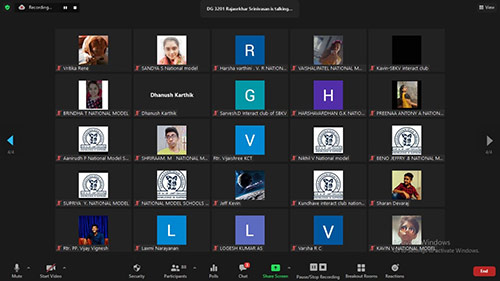 Complementing the initiative, Rotary District Governor- District 3201- Rtn. Rajasekhar Srinivasan inaugurated the conclave and spoke on the significance of such seminars involving the youth.

The daylong event had presentations by members of the various Interact and Rotaract Clubs from Tamil Nadu, Kerala and Maharashtra. The Youth Conclave that brought twenty four young representatives together on a common platform to understand Peace was a step further in this direction. With the aim of establishing a strong affinity with India and achieving the objectives of UN SDG Goal 16, the Youth Conclave was a unique effort towards preparing a global leadership committed towards leading communities, beneficial not just for India but anywhere in the world.